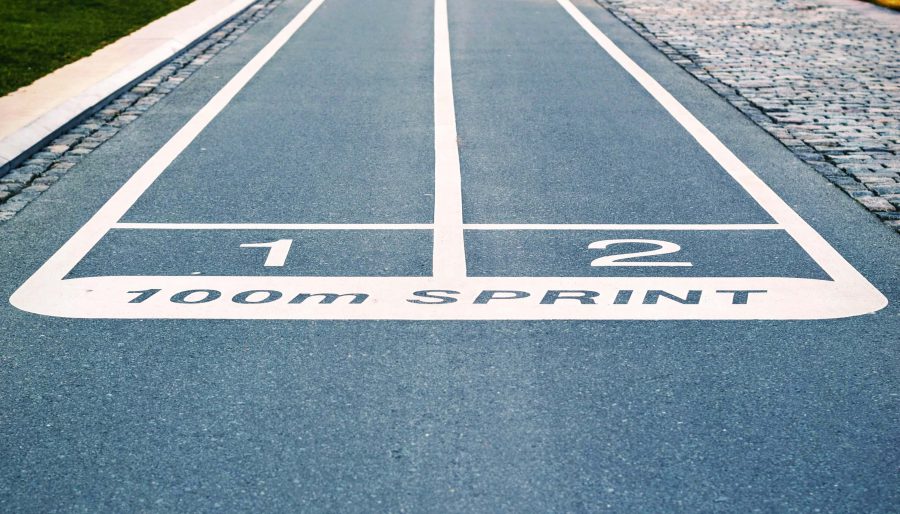 In this week’s IndustryCast webinar, Russ breaks down winning – what it means, how to shift to a winning mindset, and how to lead your team to success.

This IndustryCast session is based on the original blog post below.

Winning is outperforming the competition or overcoming your desire to quit. Every person wants to quit at some point. Humans are predisposed to quitting thanks to homeostasis because the exertion or stress we incur when competing takes us out of our equilibrium (homeostasis). The cells of the human body are always focused on balance. Stressors take us out of balance. The first step to winning is overcoming a physiological predisposition to pursue the path of least resistance.

Some people have no trouble overcoming physiological resistance, while others will only act out of desperation. The number one key to winning is your mindset. Winning is a state of mind and an expectation. You won’t win every time, but you can expect to win every time. Often this is referred to as a winning mindset.

Several years ago, we had an opportunity to compete for a major automation project. The customer was new to automation and did not know what they wanted or needed. These customers are akin to riding a bull because they are always shifting and changing direction. The customer was located in the same industrial park as our major competitor, and our facility was over five hours away. To add insult to injury, we were late to the game. Immediately upon understanding the obstacles, I knew we had our work cut out for us. When my team heard all of the challenges that we would have to overcome, they did not want to waste their time.

Tell them we are going to win.

The first step in overcoming resistance is belief. You must believe winning is possible, not just speaking the words, but genuinely believing you can win. That is a winning mindset. It is a deep belief in your ability to overcome the obstacles and achieve your desired outcome.

My team was hesitant and skeptical despite my winning mindset and cheerleading. Overcoming our organizational homeostasis would require more than words and confidence. So I made a winning plan and took them through a step-by-step strategy for success. It included details that would require extra effort for the team. We were going to have to go beyond our standard norms. Each role was assigned, and a timeline was provided.  During a call to review the details, I repeated the phrase, “guys, we are going win!” many times.

Show them how we are going to win.

Step two is about building the team’s confidence with a well-crafted plan and sharing the plan with confidence. Welcoming feedback but resisting doubt. Doubt and pessimism are deal-breakers and dream crushers. We all experience doubt and discouragement, but winners immediately shift the conversation back to the next action required. Action can help end doubt and bring the focus back to winning.

Lead them to victory.

One of my favorite sayings is “the leader sets the pace.” I had to lead the team by doing the work. I created process flow charts and worked on the initial concept. I intended to light a fire under the team. My tireless effort and constant action began to inspire the team, and soon they were just as motivated to win as I was. This was our challenge, and the odds were stacked against us. We were the underdog against a competitor that was ten times larger than us. When you are a part of a small organization you have far more advantages than you will lead yourself to believe.

Winning is a mindset. Our mindset in all situations will determine our success. It is possible to lose and win, but only if we learn from the loss. Losers make excuses for their losses. Winners use the lessons learned from the loss to fuel their next win. They won’t tolerate a defeat without a lesson. They set the pace for the team.

Michael Jordan was hard on his teammates. He knew what it took to win and led by example. He was always pushing himself and his team. Many take issue with his style, but none deny his success. He was a winner with a winning mindset, and he made everyone around him better by holding them to a higher standard.

We won the project. It was a $1.2 million win. Not a single person believed we were going to win in the beginning. We succeeded because we changed our attitude, created and executed a plan, and led with accountability and a willingness to do whatever it took.

Are you a winner?